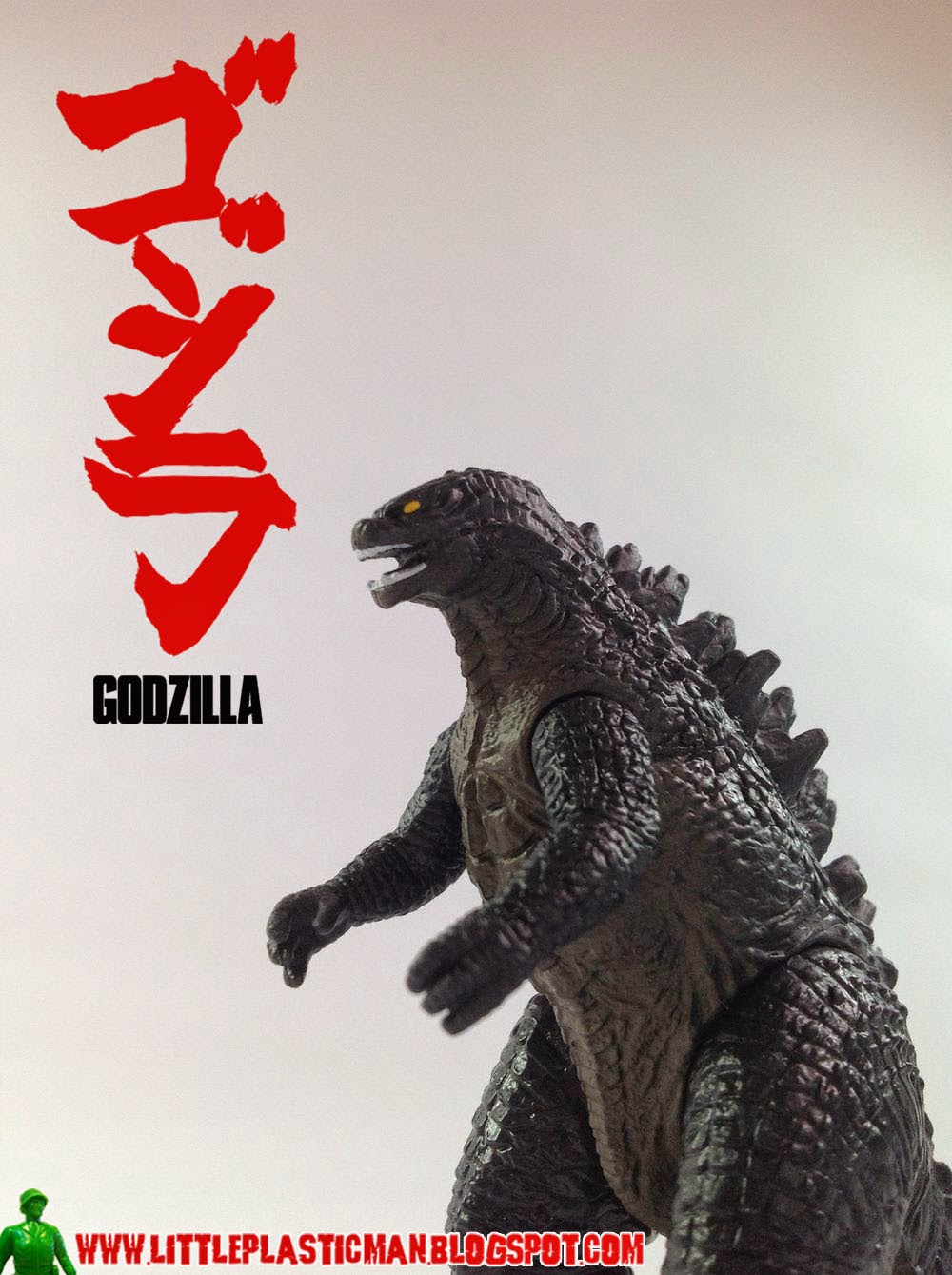 Godzilla is a giant monster or daikaiju originating from a series of tokusatu films of the same name from Japan. He first appeared in Ishiro Honda's 1954 film Godzilla. Since then, Godzilla has gone on to become a worldwide pop culture icon.
I do not really follow Godzilla but I know the 1998 Roland Emmerich version of him was almost a total disaster. I have not seen the 2014 Gareth Edwards's Godzilla but I am hearing pretty good reviews, hence the reason why I picked up this Bandai Godzilla.

The packaging is pretty simple.
It shows the figure nicely and the colors on the front are pretty eye catching.
The back of the packaging shows you the other toys from this series but it is all in black and white.
I wonder the reason for it...to cut cost?
Well it does not matter to me much. 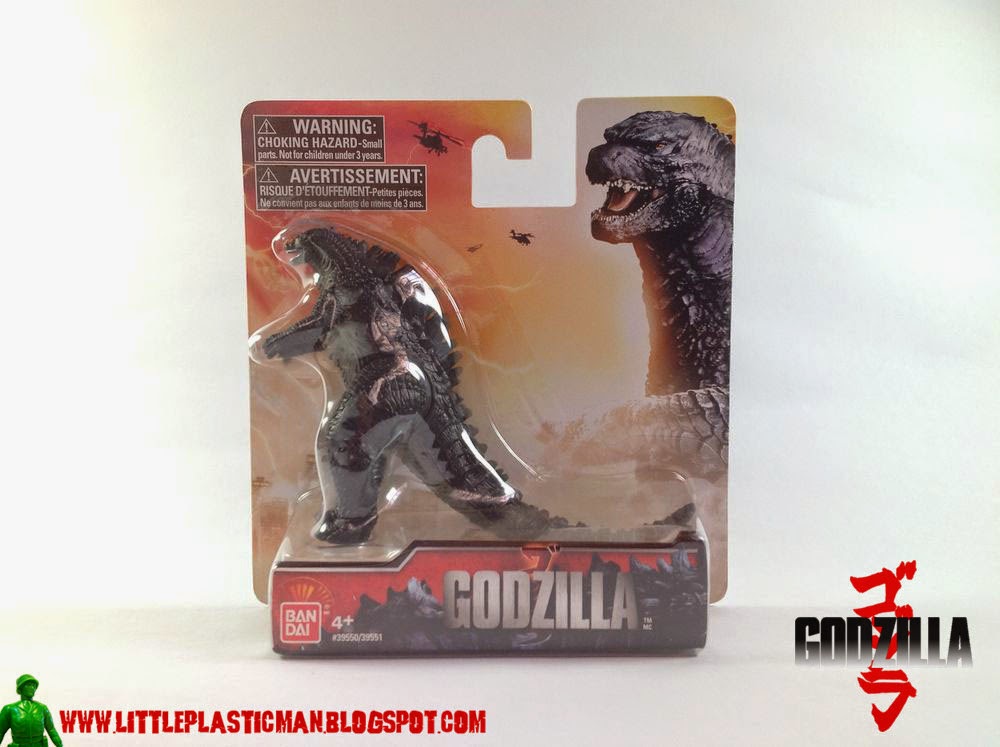 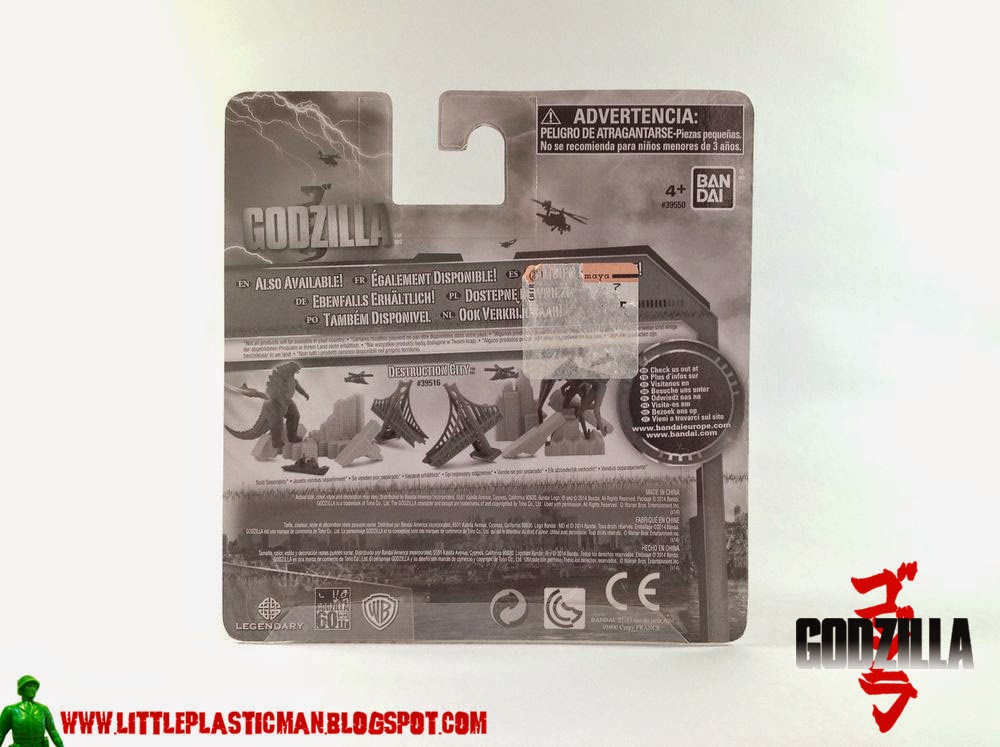 This little Godzilla stands around 2 inches.
Of course, I wanted a bigger Godzilla but Bandai's larger offerings either had too much action features that compromise the aesthetics or were simply too expensive for a character I don't really follow.
Even though this little fellow is small in size but the details are pretty decent.
The painting is also quite good and relatively clean.
Articulation is simple. There is articulation only in the arms and legs.

There are zero accessories. 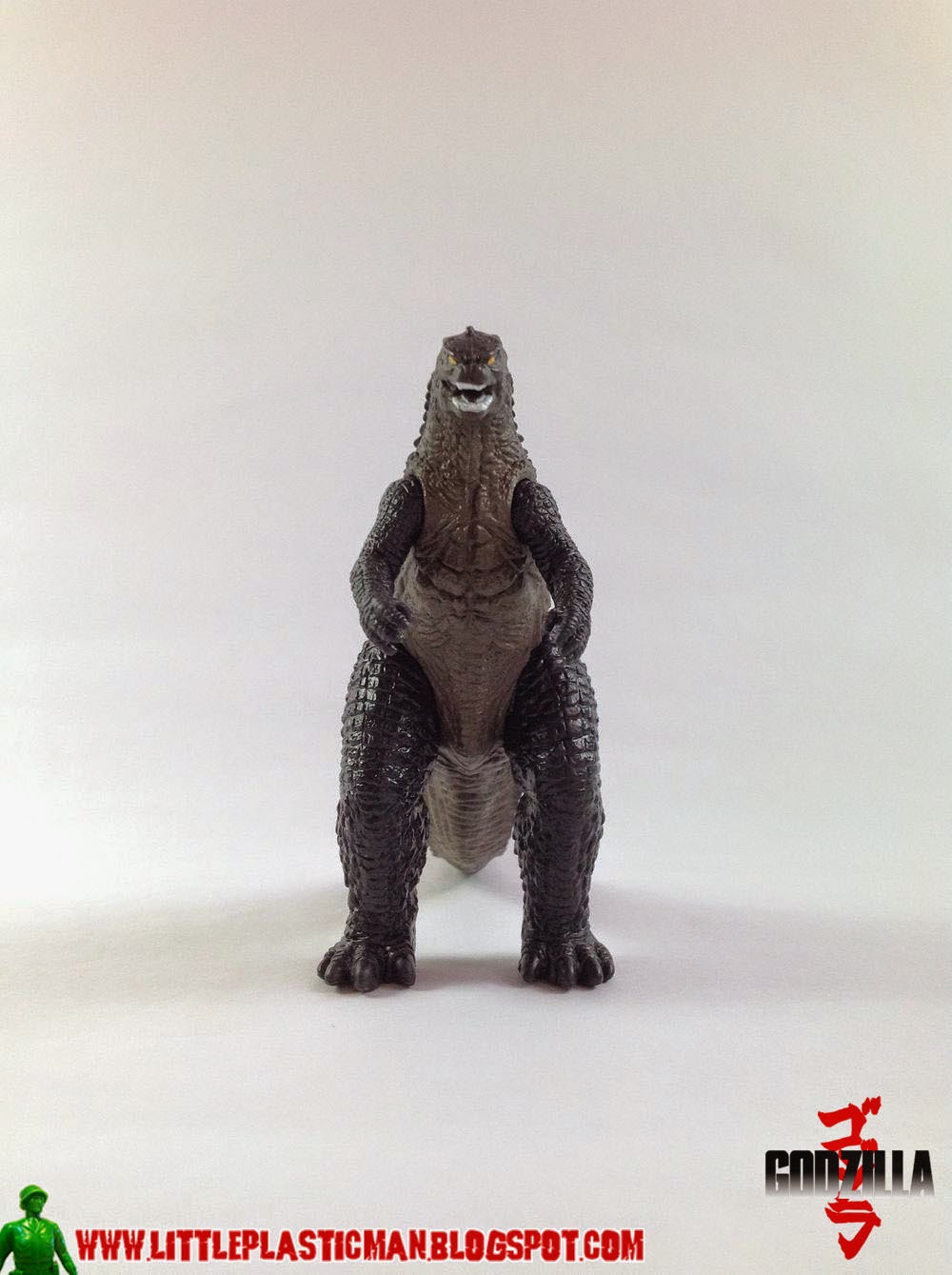 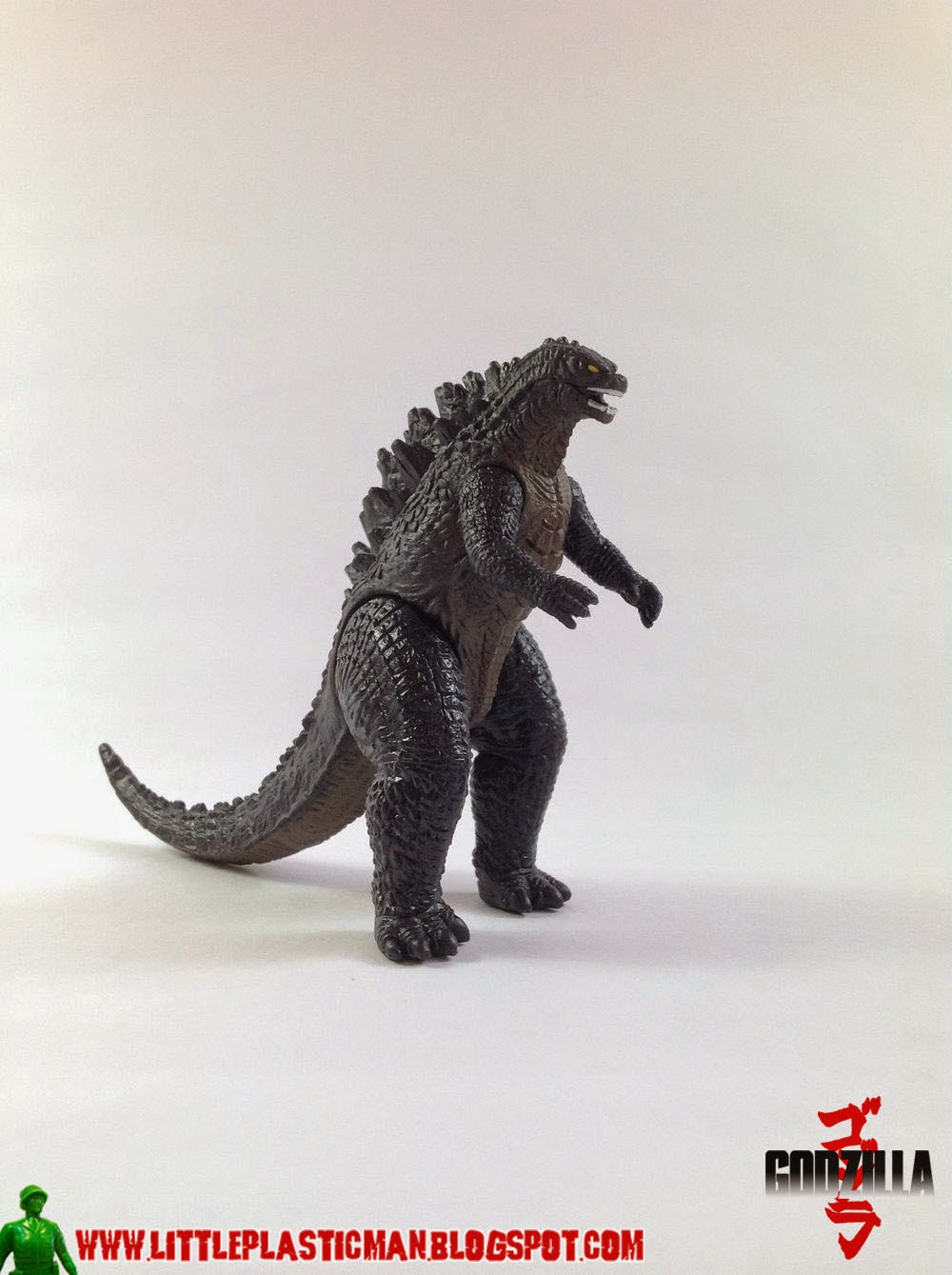 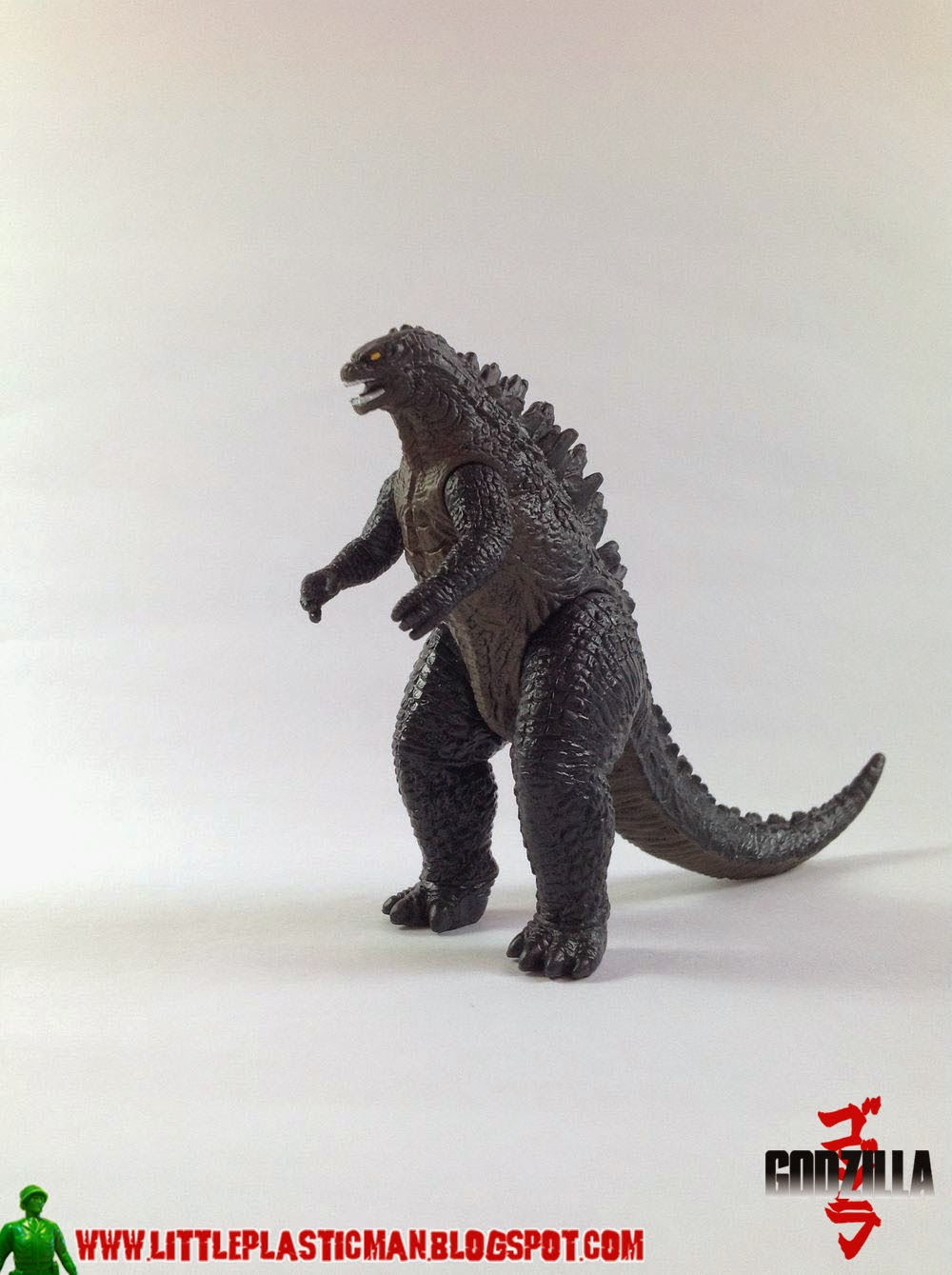 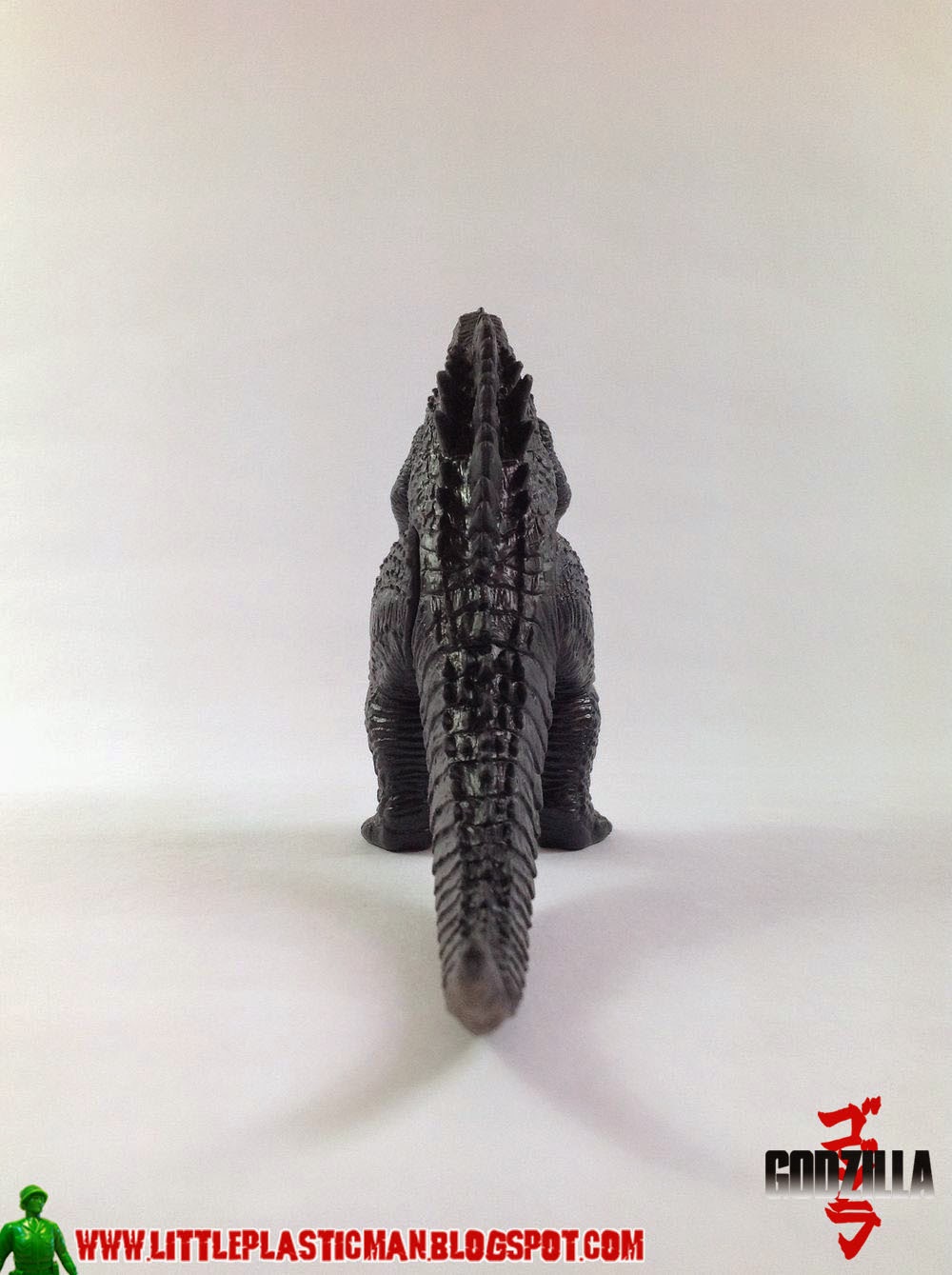 Overall a decent figure to have.
Decent sculpt, painting, articulation and price (at least for toys these days).
Pity it's a little small. 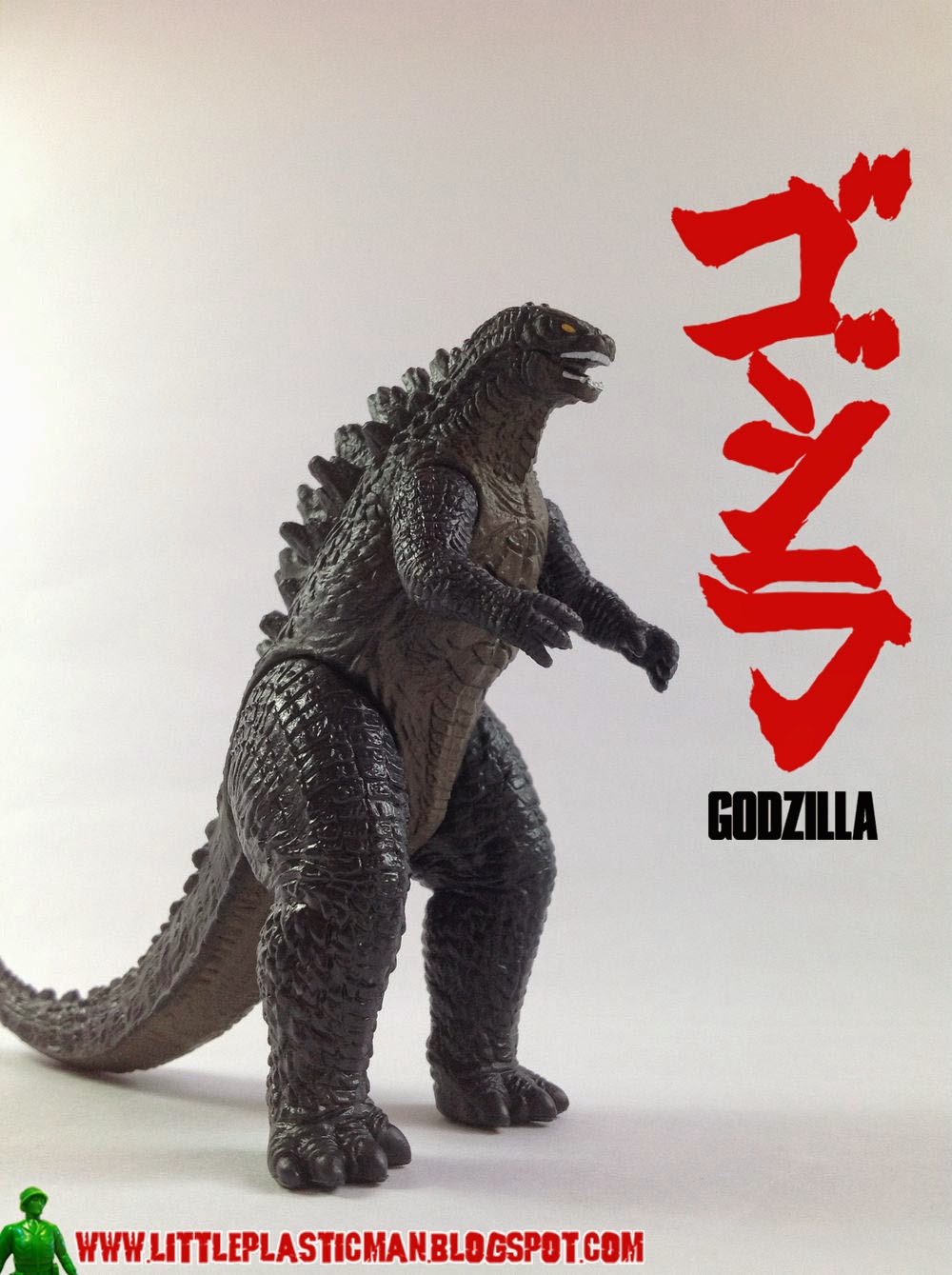 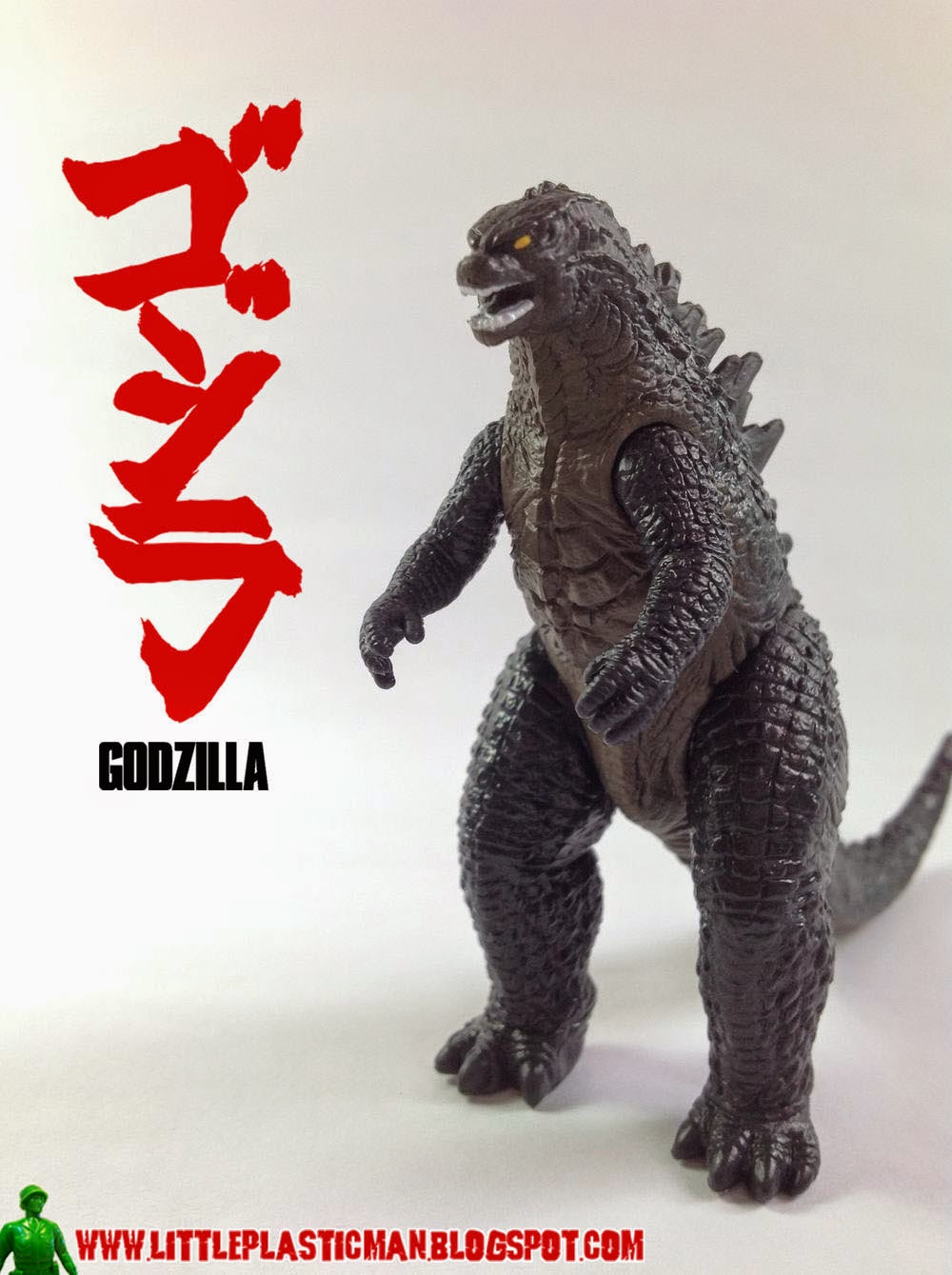 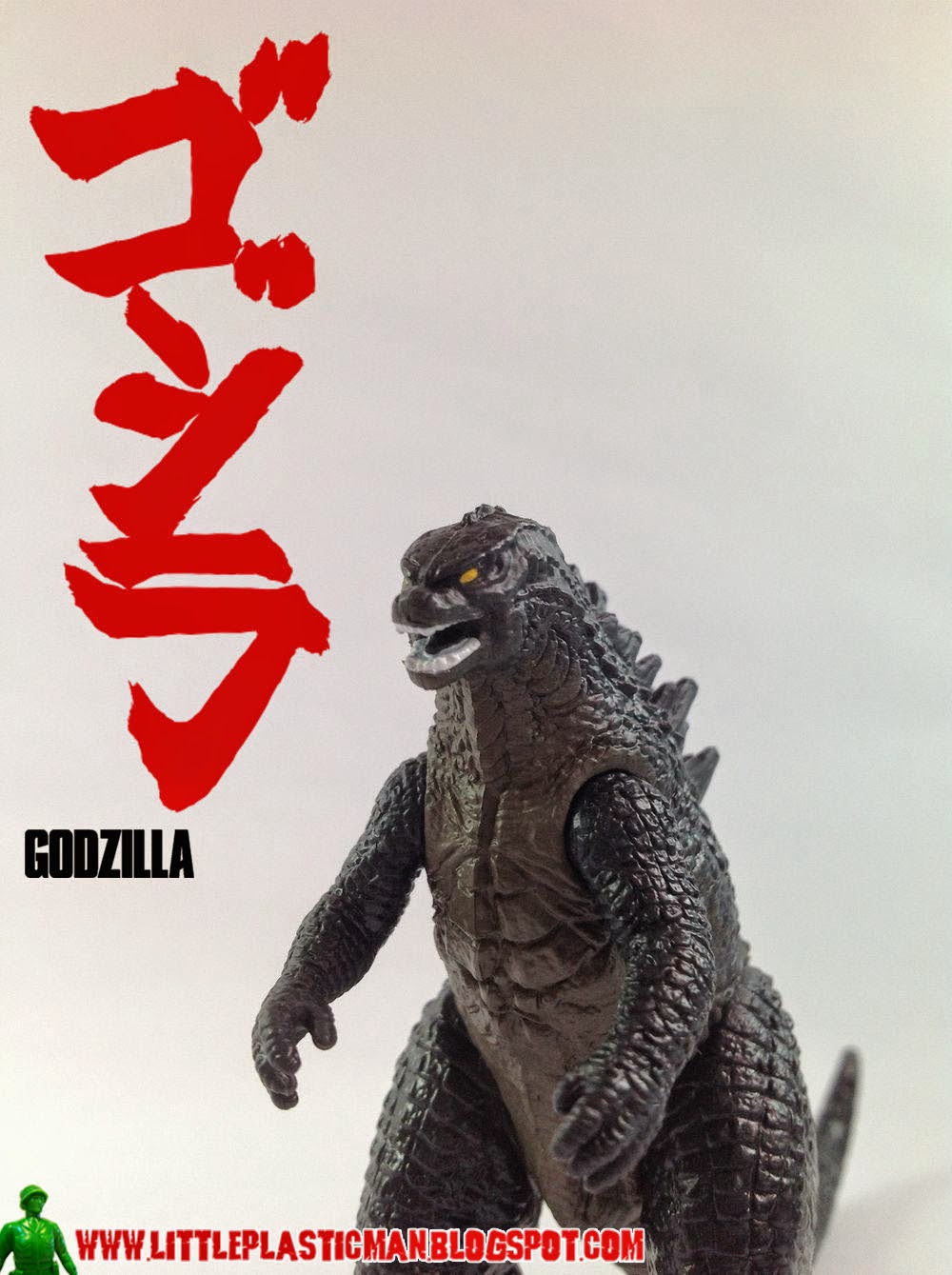 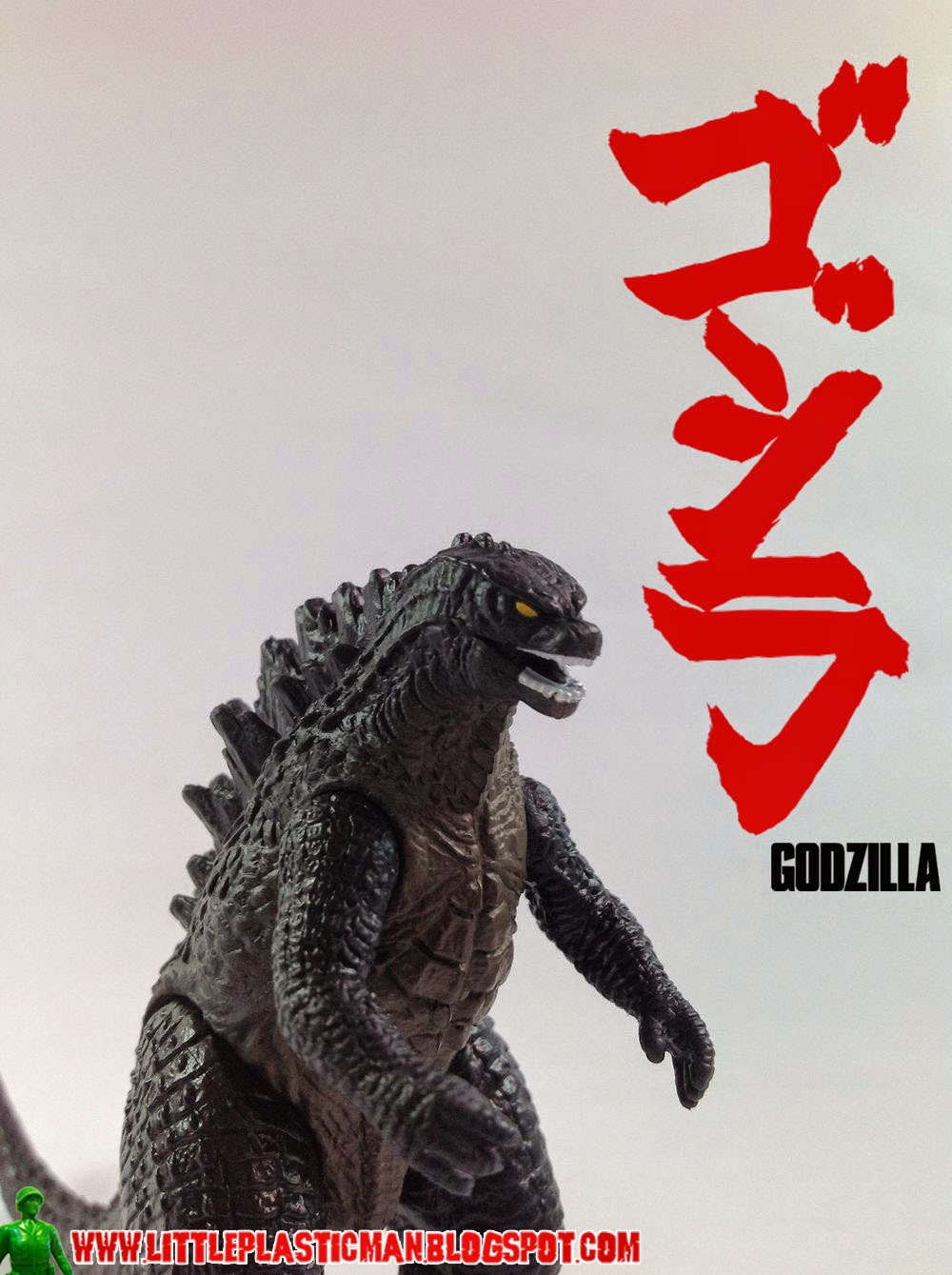 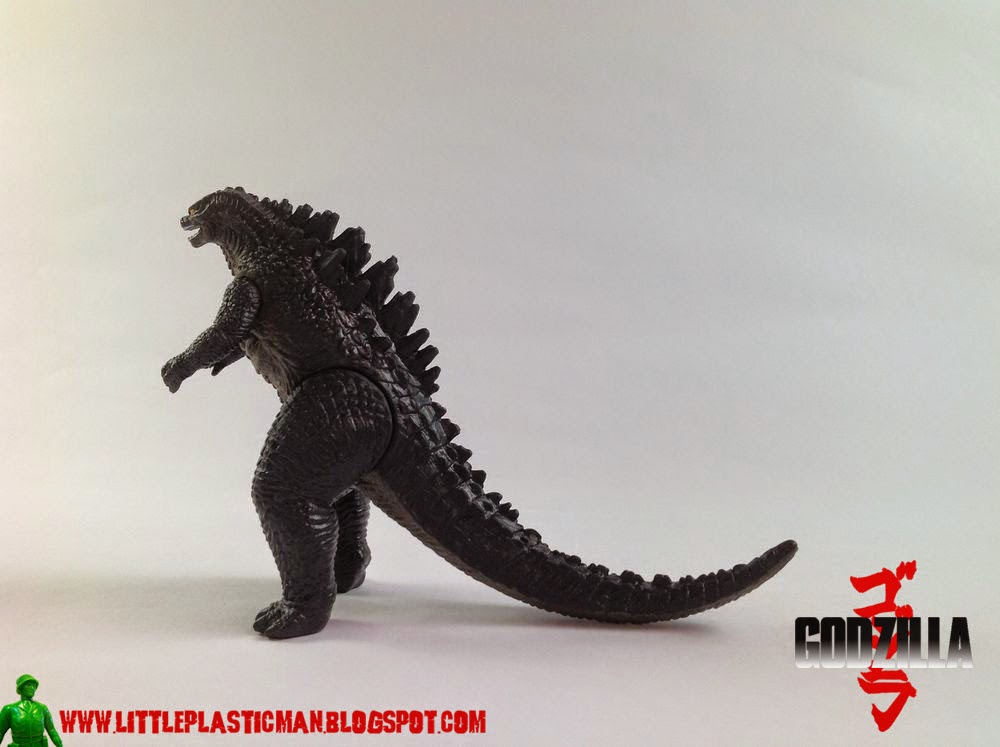 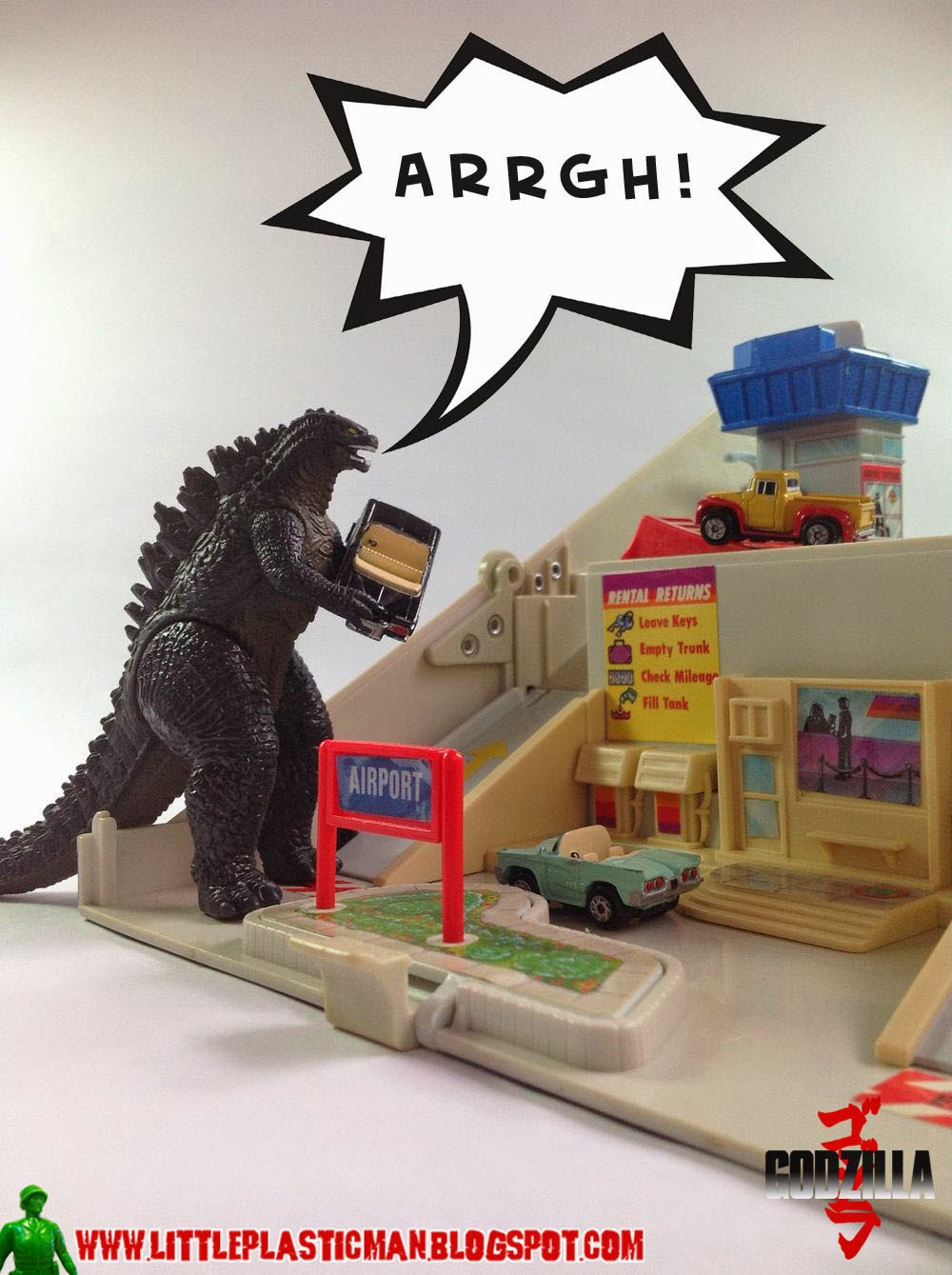 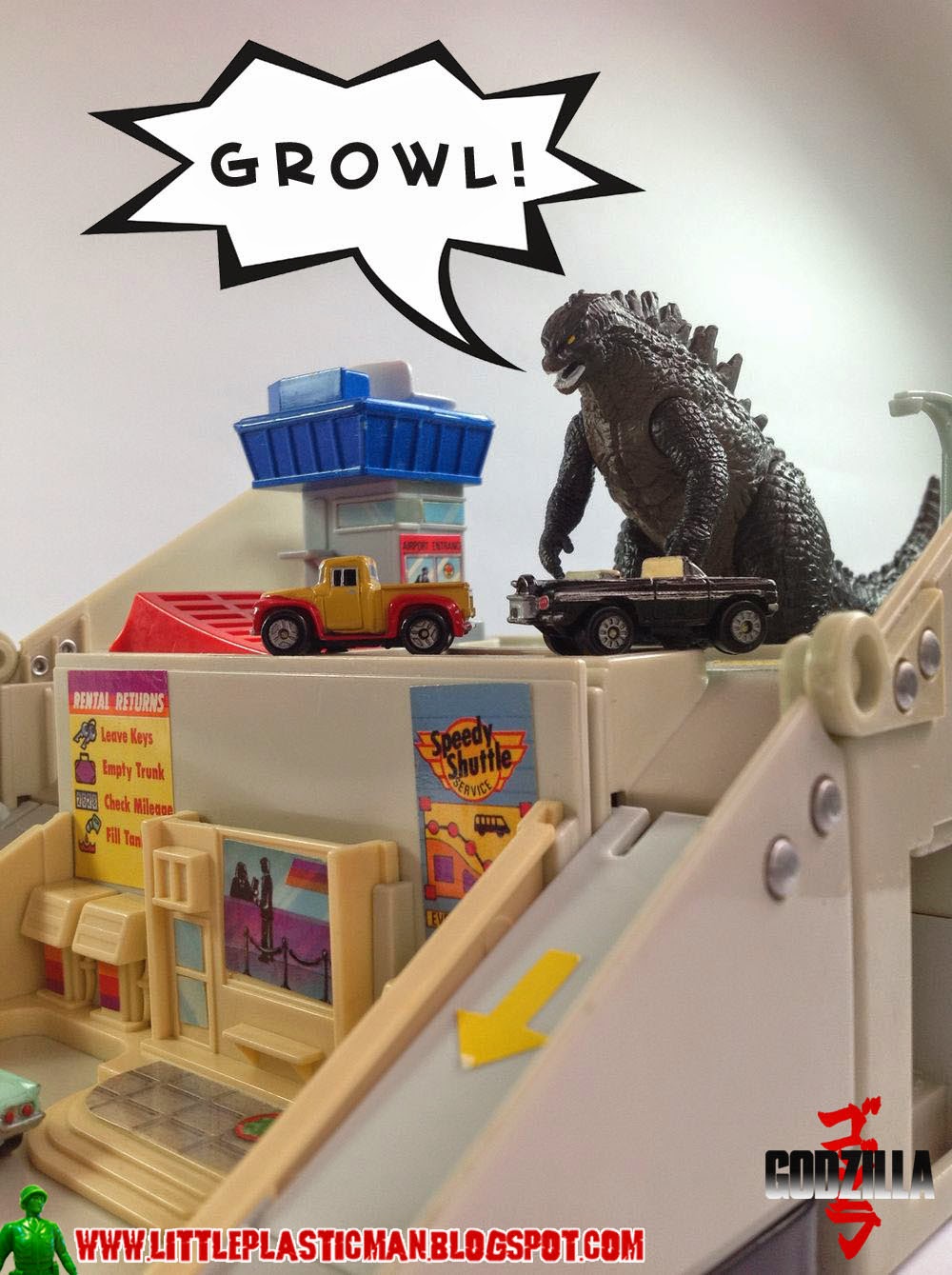 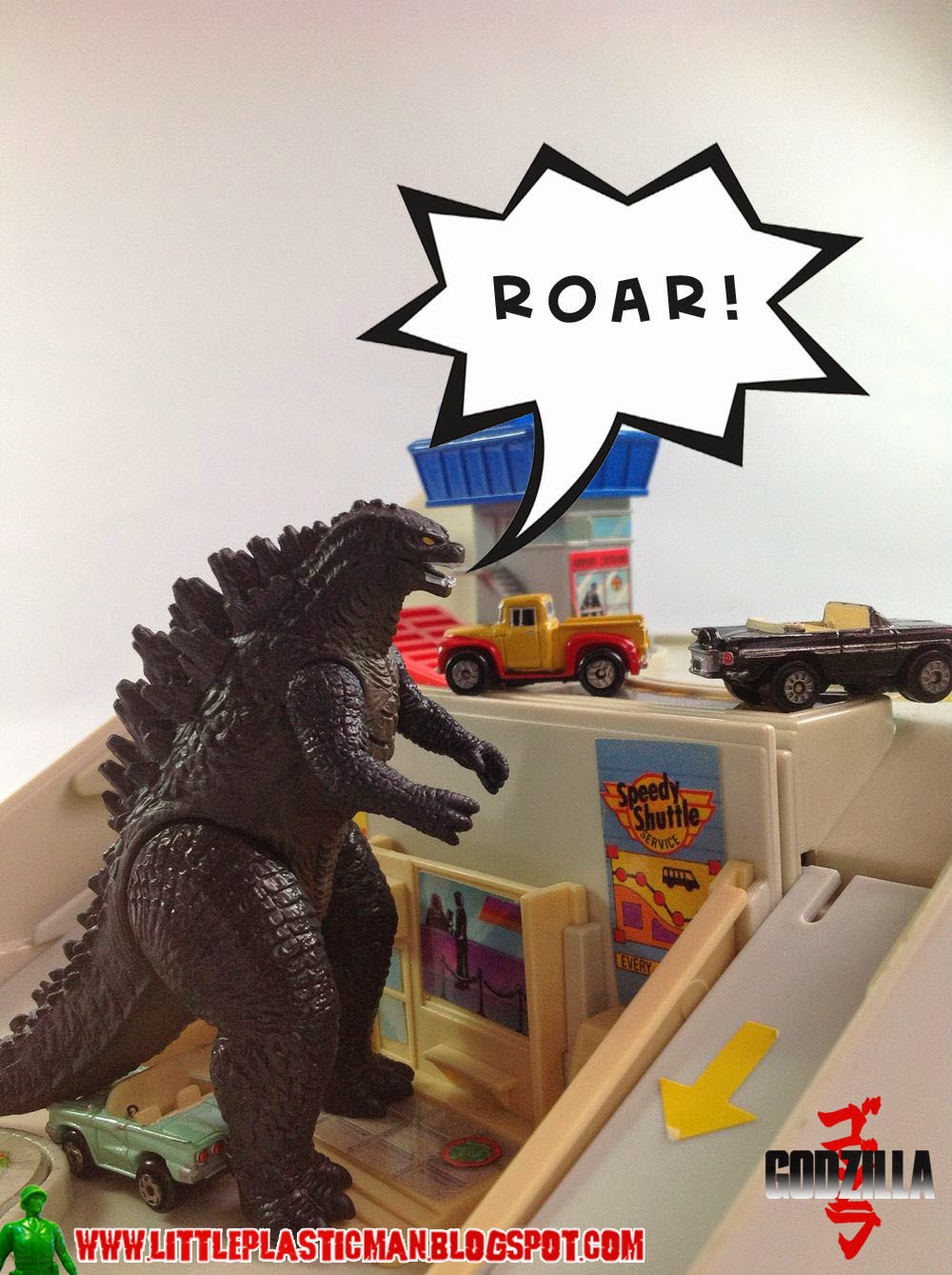 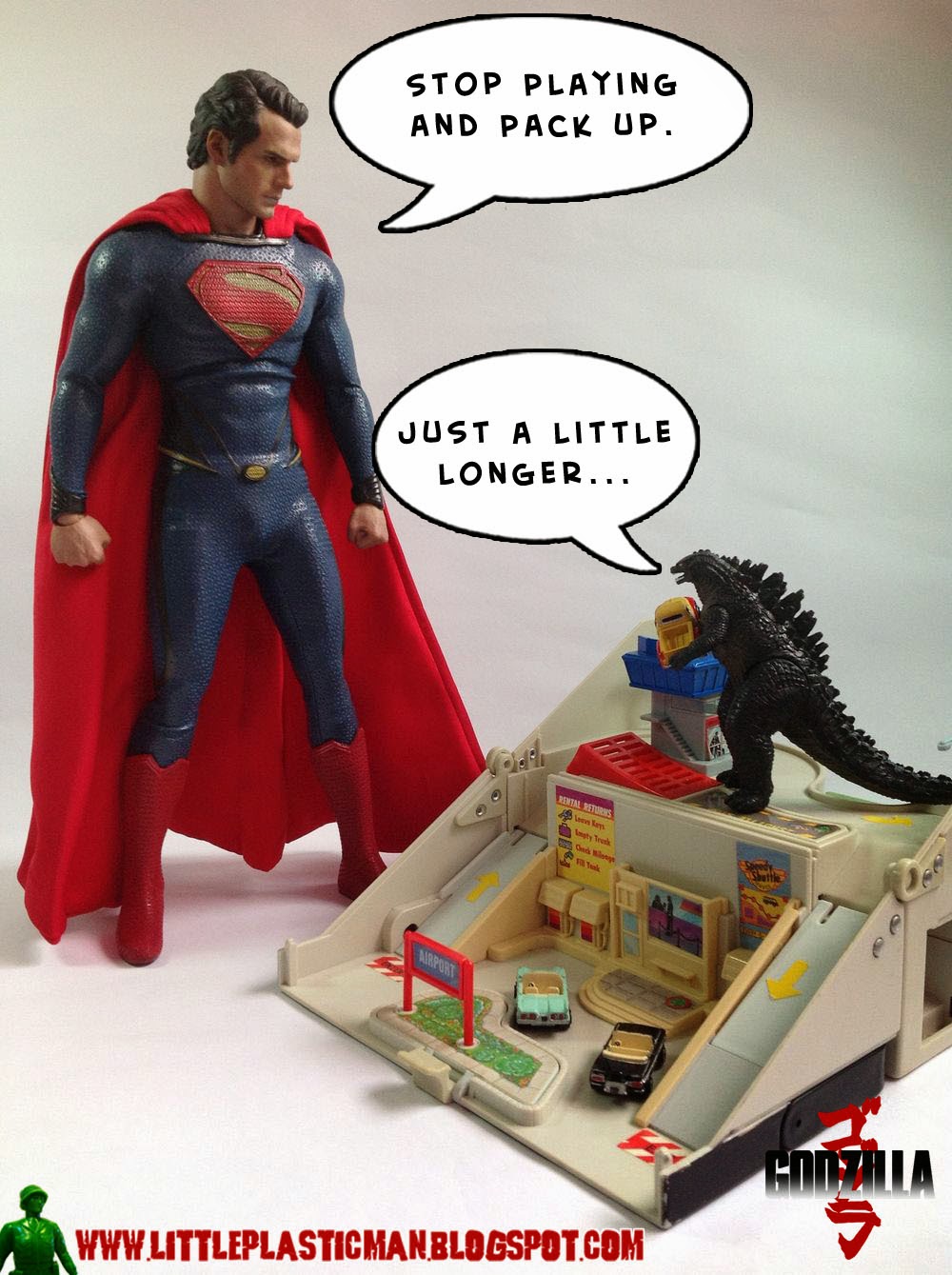 lol you bought the small one but look big on the review. good one.

Thia movie godzilla looks very decent and close representation to the original. Was looking for the giant 24 inch but no sight of it in town.