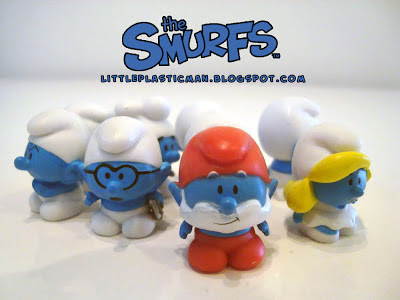 My fondest memory of the Smurfs was that I would catch the cartoon every Sunday morning. My dad would tape all the episodes on the VHS (for those who do not know what that is) so I could watch them anytime.

Jakks Pacific has the licence for the Smurfs and they were the one that did the toys for The Smurfs movie.
With the anticipation of the 2nd Smurfs movie, they again are producing the toys for the movie. On top of that, they have also produced the Smurfs toys from the cartoon and the ever so cute Smurfs Micro Village line.

The Smurfs Micro Village line caught both my wife's and my eye because they are so irresistibly cute.
The line consists of 1 inch figures and interlocking tiles to build your very own village. They also sold the 1 inch Smurfs separately in pack of 3's.

The packaging is eye catching with a colorful painting of the village on the card.
The figures can be clearly seen and they come out of the packaging easily.
The back of the card shows the other figures from the series and also the unlimited ways to built your very own micro Smurfs village. 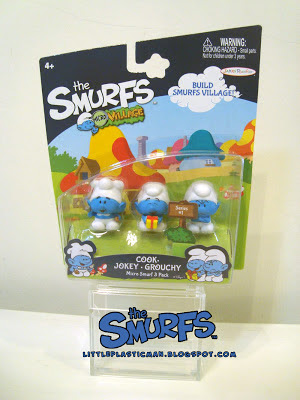 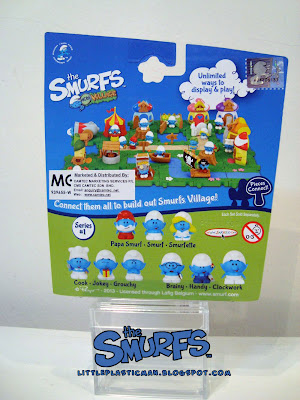 These are real small figures (1 inch in size) so don't expect too much in terms of paint quality.
However, I must say it is pretty good for its size.
The sculpt is also well done for its size.
Articulation is nil but expected. 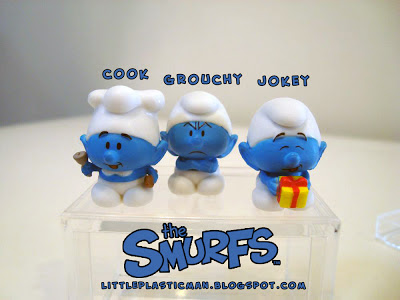 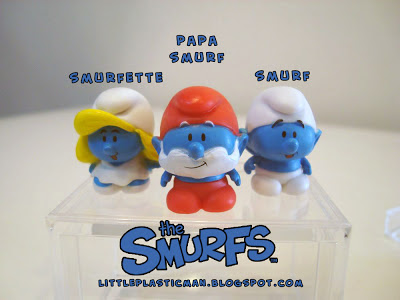 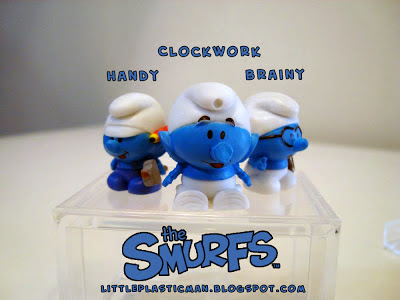 Overall, a cute addition to my collection. I kinda consider them as designer toys and have decided to frame them up and display them with my designer toys! 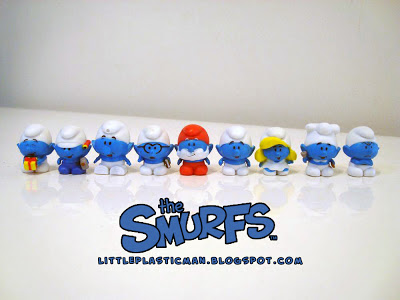 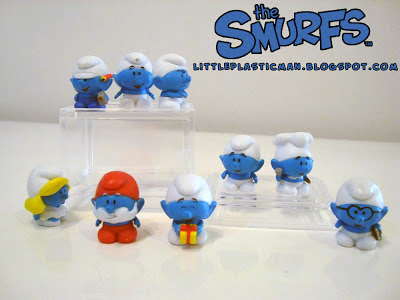 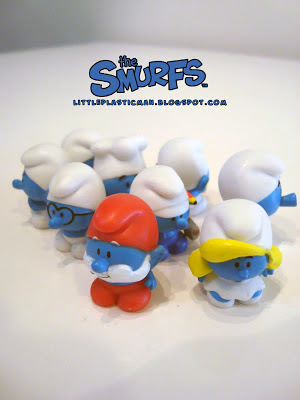 My Smurfs all framed up for display 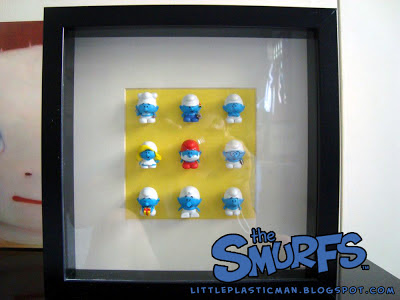 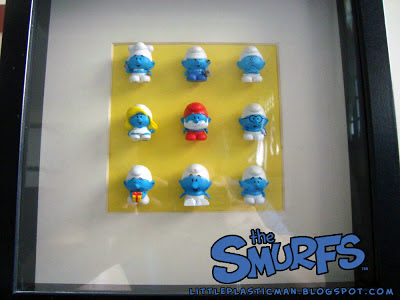 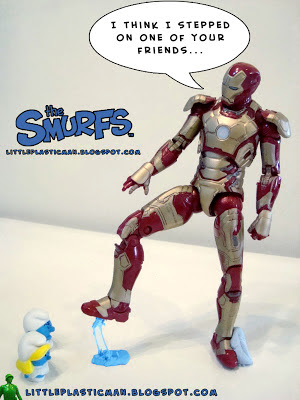 bro, will they look nice when displaying with village playsets?

The playset looks cute...but I am not really into it.

Hi, how do you stick them up this way?