I have been passing up on numerous AT-AT in Toy stores and Ebay as I felt that the scale was really out of whack!
After witnessing Hasbro releasing the new Falcon (even though still not to scale), Turbo Tank, AT-TE and the AT-ST, I just knew that Hasbro could offer us a better AT-AT compared to what we have now.
Heard it from The Rebel, according to Hasbro, the planned AT-AT is supposedly going to feature lights, sounds, full leg articulation, chin guns, key phrases, a trap door and much more. It is also supposed to come with a Speederbike and figure.

Wow! It is going to be big and expensive but I want it!
I want it now!

How much will you pay, if the AT-AT looks like that! 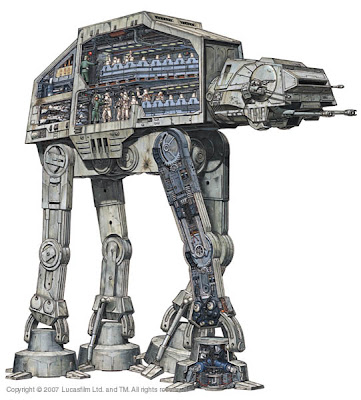 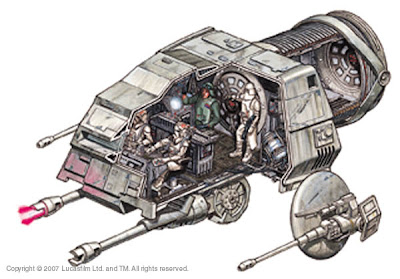 Posted by Little Plastic Man at 11:06 AM

SO WANT THIS bro! Let's hope they announce it soon. Price point? I have a bad feeling they're gonna use the BMF as the reference point...*sniff*

It'll be great if they can at least give us a cockpit that can house 4 Imperial troopers/officers (as per your picture). Great also to hear that they'd be giving us a speeder bike with it as well!

Thks for the shout out btw bro! :)

No problem Rebel.
I so want this also, hopefully the price is reasonable!

whatever the price might be. I'll be getting them! (hope it will be reasonable though). Let's hope that they will re-produce the MF to scale as well, unlike the present version which is quite out of proportions.. well sometimes (like the AT-AT)dreams do come true!