Being a combat platoon medic in my NS days, I tend to be able to relate with the medic characters in WW2 movies like Saving Private Ryan or Band of Brothers. The 2 medics from Saving Private Ryan and Band of Brothers (Medic Wade and Medic Eugene Roe) both had pretty good screen time and character development.
As a toy collector, I also wanted the 2 medics in full plastic glory and it seems that my prayers have been partly answered...:P
DID is coming out with a WW2 101st Airborne Medic and the head sculpt resembles Eugene Roe. It's not 100% accurate as I feel that the lower part of the face is a tad too fat.
We remember Eugene Roe best in Ep 6 where the episode was fully dedicated to his character. In that episode, the 101st was in Bastogne hence Eugene's attire was different from what DID is offering.
So the problem is, should I just buy this figure (the medic kit and accessories are kinda cool) or hope that someone will sell the head plus nude body separately and I will source the Bastogne outfit on my own...
Hmmmmm. 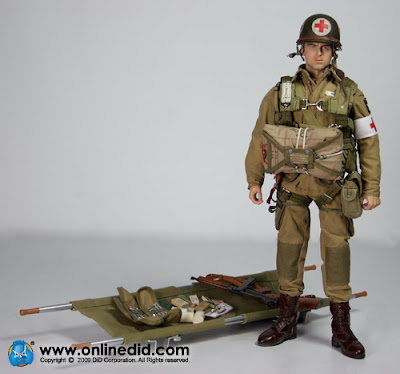 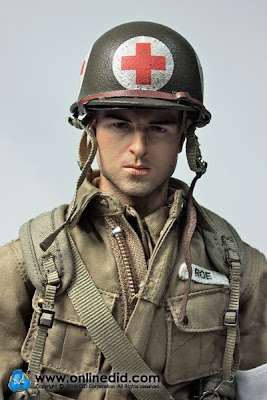 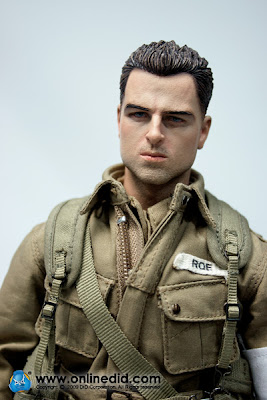 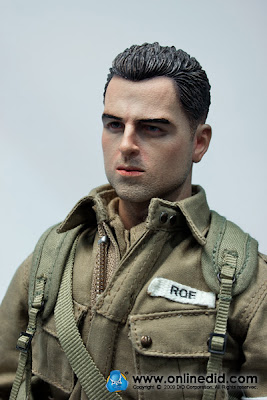 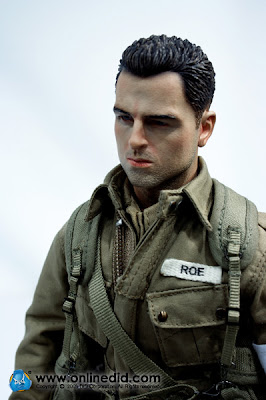 Posted by Little Plastic Man at 4:46 AM

Email ThisBlogThis!Share to TwitterShare to FacebookShare to Pinterest
Labels: Band of Brothers, DID, Movies, Review, Toys

This is a nice media figure. I think it really worth it esp if it does emotional related to you.

Wow his face...looks so realistic...looks familiar too, but can't think of who on top on my head...

I think u shd, beyond all shadow of doubt, get this figure.....great interpretation of Doc Roe frm BoB! I'm getting mine soon....will look cool beside my Capt Lewis Nixon figure! Hehe....bring on more BoB characters DiD COrp!! Crossing me' fingers for a Dick Winters next!

Jcee....for the record, I personally feel that DiD accidently crossed referred actors Shane Taylor (who played Eugene Roe in BoB) and George Eads (who played Greg Sanders in CSI)... :p