Coming in at number 4 is Sideshow Imperial Shock Trooper.
I was actually not going to start collecting 12" Star Wars troopers, but I simply could not resist this figure. The Imperial Shock Trooper has the best armor paint (a close second is the Utapau Clone Trooper) as compared to the rest of the other troopers.
Now that I have this, I am tempted to get the Utapau Clone Trooper and I have already pre-ordered the Sandtrooper...here we go again.

This is another figure that I won't be taking out of his packaging soon due to my moving house in March. Pity...

Over to LPM roving reporter for an update. 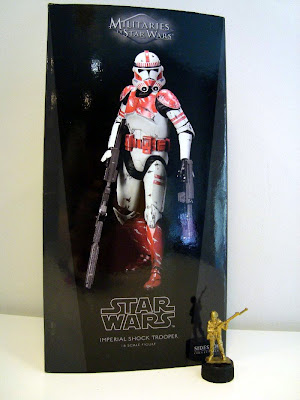 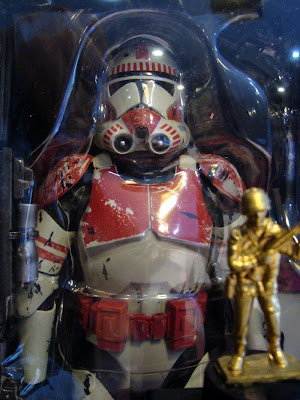 Last year's No 4 posing with the Shock Trooper 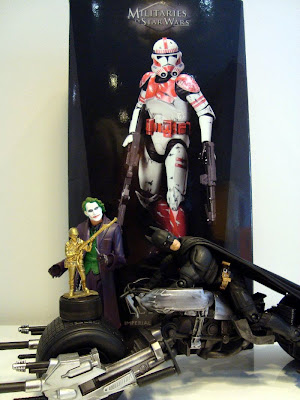 Posted by Little Plastic Man at 1:17 AM

Nice Adrian! I too, kept on restraining myself from collecting them 12" clonies, because once the floodgate opens I'd want every single one of them! :p

Looks like my resistance might be futile in the near future..there is one particular toy store near my place which has the Shocktrooper in stock....and I've been eyeing it for quite some time now! ***must resist***....LOL!

I really like the Shock trooper! I think I will get the Utapau Clone Trooper...resistance is futile. :)